FINAL ROUND OF “KAMULVIT GOT TALENT” & “CREATION CONTEST FOR PROBIO-C” 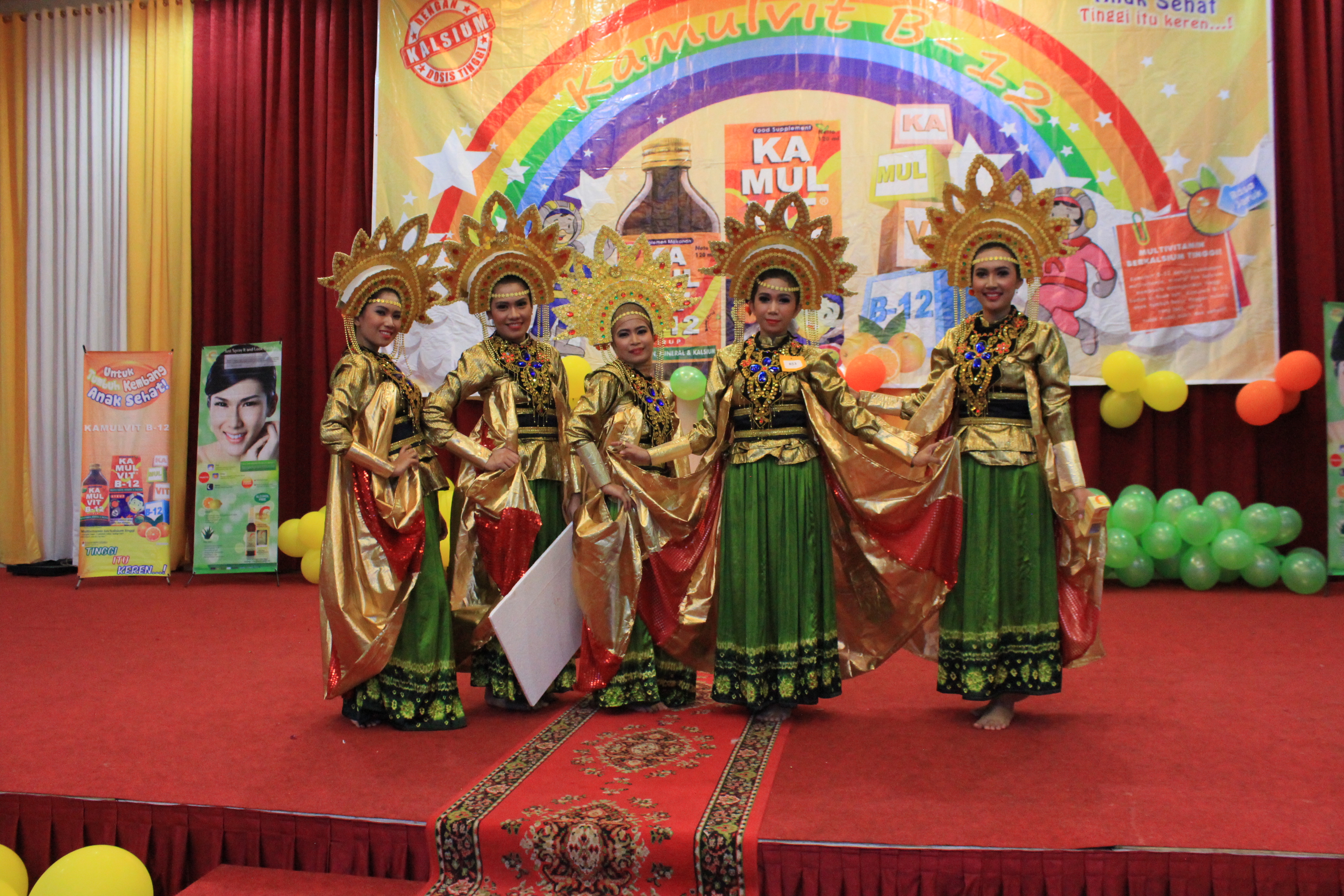 The “Kamulvit Goes to School “ first round competition was held from May to  June 2014.
Along with the final round of “Kamulvit Got Talent” and “Creation Contest for Probio-C Spray “ were held last December 2014 by OTC event team from PT Ikapharmindo Putramas.

Palembang was the first city to celebrate this  second round from these competitions. Both finals were held in two different locations.

The first final round was held on Tuesday, December 9, 2014 at Graha Pinang Masak Jl. Maj Harapan Jaya I, Kalidoni, Palembang, followed by 50 teams of students from 37 schools for “Kamulvit Got Talent” and 25 teams of teachers from 15 schools for “Creation Contest for Probio-C Spray”. The competition was followed by 236 students and 54 teachers with a total audience attendance of approximately 600 people. The event received full support from IGTK District of Kalidoni and attended by the Head of UPTD of District Kalidoni, Mrs.Ir. Ros Indriyati, Spd. MSi and Head of PNF Department of Education Board of Palembang, Mr. Helmi Asyaari.

The second final round was held on Thursday, December 11, 2014, at Graha Masturah District of Sako, Palembang, participated by 40 teams of students from 28 different schools for “Kamulvit Got Talent” and 13 teams of teachers from 10 schools for “Creation Contest Probio-C Spray”. Total participants of both competitions were 183 students, 41 teachers and approximately 500 audiences.